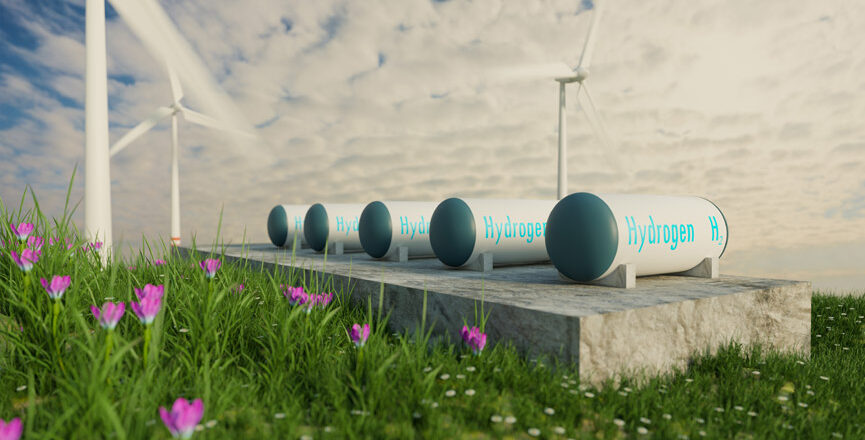 Splitting water molecules, or the process of electrolysis, is one of the most promising pathways toward green hydrogen. The hydrogen and oxygen produced from this process are 99.99% pure. However, less than 4-5% of the world’s hydrogen is produced by electrolysis, given the nascency of the technology. Though there are several types, an electrolyzer fundamentally consists of two electrodes – a cathode (negatively charged), an anode (positively charged), and a membrane. Electrolysis is the electrochemical reaction that occurs within the cell when electricity is passed from the anode to the cathode across the membrane.

This results in the splitting of the water molecules into hydrogen and oxygen. Electrolyzers used can be of different sizes. They range from small-scale laboratory levels to production units that can produce several megawatts of electricity (MW). Some examples of commercially operated electrolyzers are Alkaline Electrolysers (AE), Polymer Electrolyte Membrane (PEM), with Solid Oxide Electrolyser (SOE) and Anion Exchange membrane (AEM) Electrolysers being at nascent stages.

Alkaline electrolysis is the most well-established and commercially available technology used primarily by the fertilizer and chlorine industries. In this process, the two electrodes operate in a liquid alkaline solution of either potassium hydroxide or sodium hydroxide. Electrodes are separated by a membrane which allows the transfer of hydroxide ions from one electrode to another. This process operates at temperatures between 60 degrees Celsius and 80 degrees Celsius, a 1-30 bar pressure, and an efficiency of about 70%. Metals such as nickel are used as electroactive cathode materials since they have good corrosion resistance in an alkaline medium. 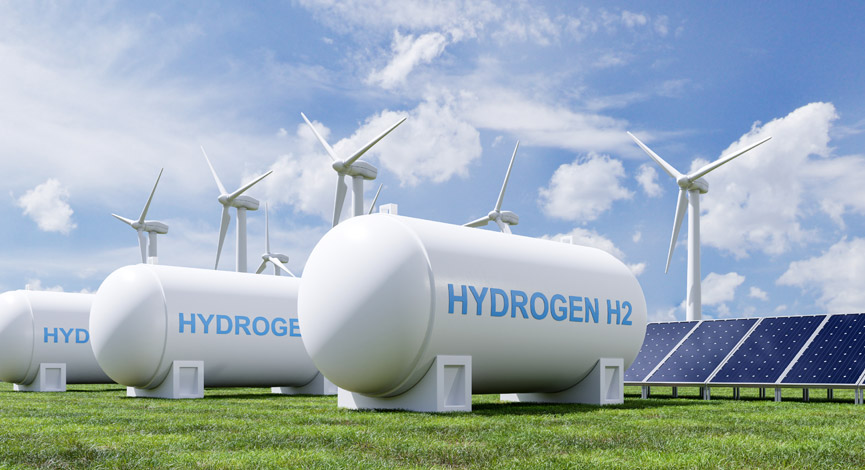 In Polymer Electrolyte membrane (PEM) electrolysis, water is electrochemically split into hydrogen (cathode) and oxygen (anode) using renewable electricity, with polysulfonated membranes acting as the proton conductor. PEM water electrolysis has great advantages such as compact design, high current density (above 2A cm-2), high efficiency, fast response, and small footprint. In addition, it can be operated at low temperatures (20–80 degrees Celsius) to produce ultra-pure hydrogen and oxygen, which have a significant economic value. However, platinum group metals (PGMs) like platinum, iridium, and ruthenium as catalysts make PEM electrolysis the most expensive electrolysis method because of initial capital expenditure (CAPEX). However, it offers better flexibility. The membrane-electrode unit – the heart of a PEM electrolysis cell – accounts for up to 70% of the total cost. Material costs, including precious metals, account for up to 30% of the cost.

Solid Oxide Electrolysis (SOE) is based on an electrochemical process that uses a solid ceramic material as the electrolyte to split the water molecule by transferring oxygen ions through a conductive membrane. Solid oxide electrolysis operates at high pressure and temperatures (500–850 degrees Celsius) in the presence of metals as the catalyst. This process is still developing and lies between 3 and 4 on the technology readiness level (TRL) scale.

Anion Exchange membrane (AEM) works in an alkaline environment and is designed to allow only anions to permeate and impermeable other gases. The method requires non-noble metals such as nickel, cobalt, iron as a catalyst. It operates at a temperature range between 50 – 60 degrees Celsius and pressure between 1-30 bar. The purity of hydrogen is 99.99%. The process is still at the R&D level.

Electrolysers for generating hydrogen using renewable electricity will further help power systems become sustainable. Hydrogen as a form of electricity storage can help manage the vagaries of electricity from renewable sources. Hydrogen also allows discoms to sidestep Duck curve challenges from renewable sources, whereby hydrogen produced could be stored, acting as an energy storage option, complementing the battery storage technologies. Integrating the electricity grid with electrolysers for power to gas (P2G) and gas to power (G2P) applications through fuel cells will play a crucial role in meeting rising demand, both in the form of electricity and gas as required, allowing for deeper decarbonisation. With more than twenty countries announcing their national hydrogen strategies and roadmaps, the electrolyser market holds the key to a cleaner future. 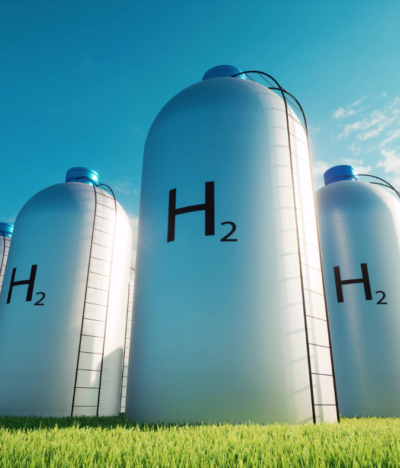 What are the 3 Main Types of Hydrogen?